What Is The #Clearthelists Movement and How Can You Join In?

What Is The #Clearthelists Movement and How Can You Join In?

#Clearthelists - sometimes known as "clear the list" or "clearthelist" - has been making rounds on social media for a few years now, but has become more and more popular over the last 20 months. But what exactly is "clear the list" and how can you participate?

#clearthelist is a social media trend that started on Twitter a few summers ago with the goal of promoting the Amazon wishlists of teachers. Teachers, wanting to supply their students with basic school supplies like pencils, pens, erasers, paper, etc., created Amazon wishlists or DonorsChoose projects, hoping to have the items on their lists or projects "cleared" by anyone who wanted to donate.

Over time, the movement grew in both size and scope. As more and more teachers joined the movement, adding their wishlists to hundreds of Twitter threads in hopes that someone would purchase some of their much-needed items for them, #clearthelists grew to Instagram, Facebook, LinkedIn, TikTok, and various other platforms as needed. The movement has since helped thousands of education professionals get the items they need.

How Can You Participate In #clearthelist? 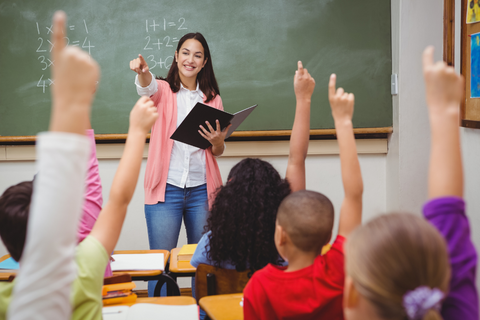 How #clearthelist Has Helped Teachers

Heather Taylor, an elementary band teacher from Rochester, NY, stumbled upon the movement on Twitter one day.

"With Twitter, you're obviously more accessible to everyone," Taylor told us in a 2020 Zoom interview. "Celebrities, anonymous donors, everyone."

Taylor had her list cleared the first time by Chip Gaines from the television show Fixer Upper - Gaines purchased $700 worth of band equipment and supplies for her students. The following year, she made another list; this time, it was cleared by the cell company T-Mobile.

There are several ways to promote your list, but these tend to be the most common:

2. Add your #clearthelist URL to your social media website link. Twitter, Instagram, and TikTok all have this feature. Using this option, you can direct other users to visit your profile and clear your list.

3. Create your own #clearthelist thread! Simply use the tweets #clearthelist, #clearthelists, #FitandFunCares, and #MagentaMagic to get yourself the most exposure on Twitter! More exposure means a greater chance of having your list "cleared!"

Have you participated in #clearthelist? What are some of your most needed items in the classroom? Let us know and be entered for a chance to win a Nature Sensory Pathway Super Stickers® Starter Package!